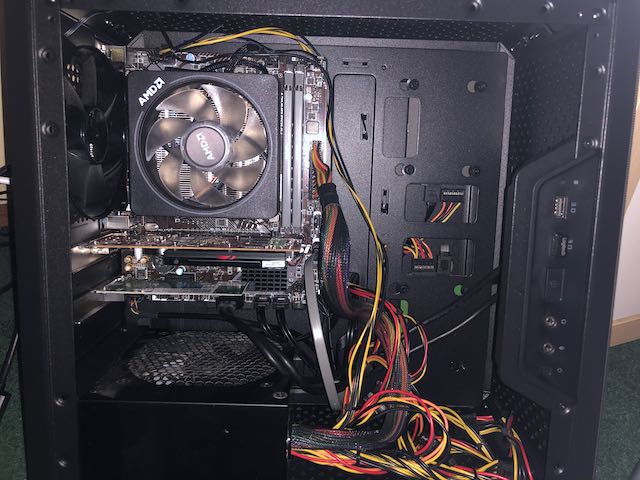 Specs on my current VM server


The CPU, RAM and power supply are spares from an old gaming PC. I find the Ryzen 1700 to be a  great performer for tasks around the house. It's definitely fast enough to handle PLEX and PiHole duties. I also set up Freedombox to run as my RSS reader. I have a few other project VMs running on this system as well. The 2 TB hard disks store my plex library. The future goal is to build a NAS to take over that job and replace the spinning rust drives with another SSD. I run the CPU in "Power Saving" mode. This clocks the CPU down to 1.5 Ghz when not in use.

I got the motherboard, network card and graphics used off eBay. I was able to get a good price on all 3. All of the parts are "consumer grade" parts. At this time I don't have the need for enterprise gear. The system is administered remotely over ssh or RDP. If I need to use a keyboard and monitor, the system is next to my monitor, hooking it up isn't an issue. The price/performance of consumer hardware vs. enterprise software isn't there yet for me. Most enterprise servers available on eBay are too expensive/power hungry (usually using intel's Ivy Bridge era Xeons) to make them worth it for my home lab. I get to test enterprise gear at work. 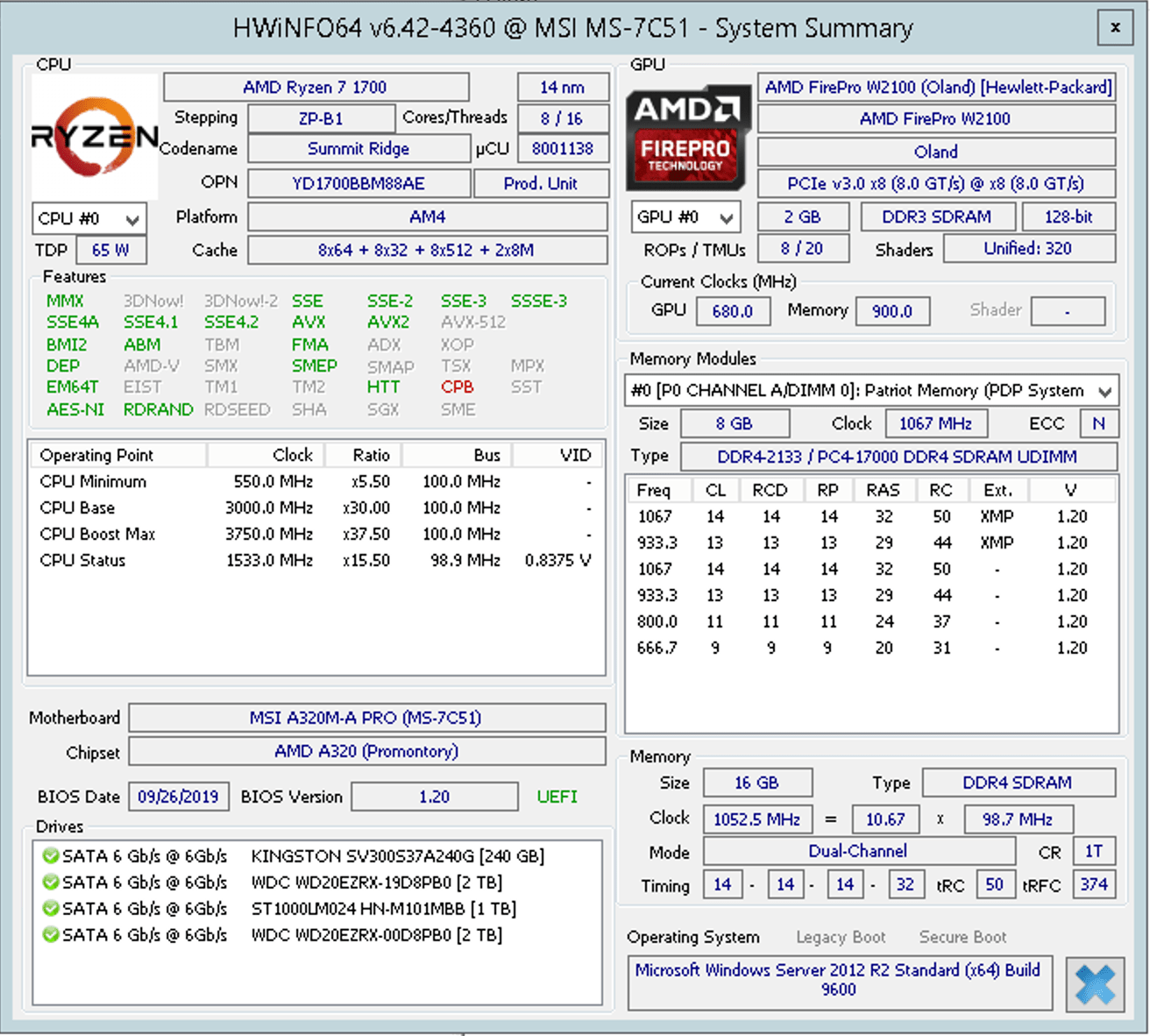