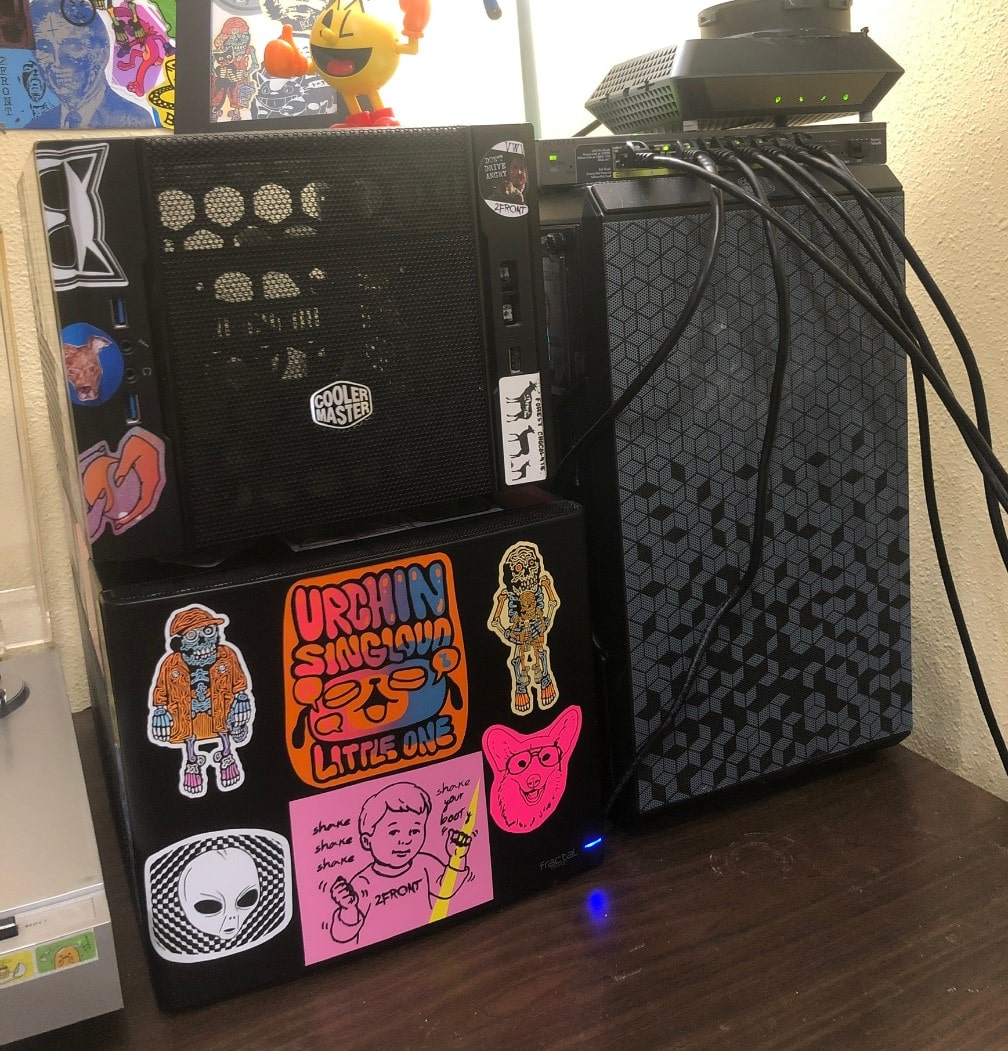 From Right to Left

Netgear Cable modem that overheats if it doesn’t have a fan attached to it(!)

VM Box running Windows Server 2019: Ryzen 1700 (with a fun looking cooler!), 16 GB of ram, and 2 ssds.  I work in a Windows shop, so most of my projects focus on Microsoft environments. I'm starting to like Hyper-V.

Want to build your own computer? Here are some rules to keep in mind.