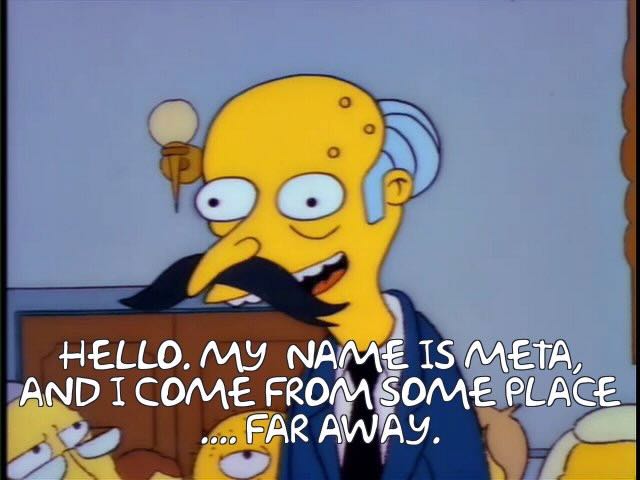 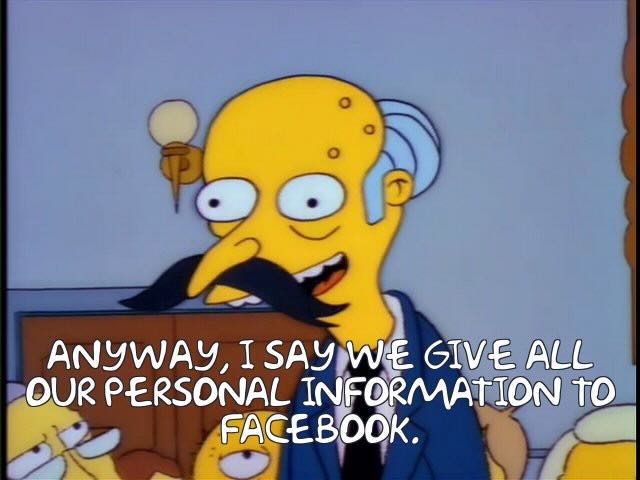 This is not a rant about how Facebook is bad for you or their data harvesting. Lots of people have already written about that..

Facebook and it's associated platforms (WhatsApp, Oculus, Instagram, etc.) have become the default locations for us to build our online profile, and it sucks at it. If you want to look some one up, usually the first thing you look for is their social media profile. With Facebook you get a nice clean layout; a profile picture, a quick bio, interests and their wall where the user posts content. Each page looks like the last. This can be useful. Users know exactly where information is posted, and regardless of where the user is from, the information is located in the same spot for everyone. (except during the annual UI update, where stuff gets moved around and everyone complains about it for a month.) Less clutter can be a good thing, especially when trying to find useful information. It's become such a standard that many sites recommend having a Facebook profile just to prevent anyone from impersonating you.

The first issue with Facebook, from the user's prospective, is that the user loses control over their online profile. This one company has become the host of your main online profile. They control how you're presented, the profile page layout, and what is and isn't included on the profile page. At any time it can be disabled or deleted. Facebook gets to control the message. Your profile has been standardized into a product. Everyone looks the same, because it's easier to display and track that way.

The second issue is the user cannot customize the layout of their profile page. Compare Facebook to MySpace's often chaotic profile pages. Insane color combinations, weird custom icons, music blasting at you, a users top 8 friends! Sure MySpace might not have been the best (the music would auto play on page load), but you could make the profile page look the way you wanted. Facebook won't let you. They know best. They've focused tested, A/B tested, and conducted surveys to find out what people like. It is not designed to represent you. Your profile page has been designed and optimized for user engagement and clicks. Facebook wants users to interact with Facebook, not other users. It's so.... boring.

The third issue is you can only talk about what Facebook lets you talk about. There are subjects that Facebook will either block you from posting, or won't allow other people to see. Facebook is allowed to curate what is put on it's site. They are allowed to control how their app is used, who people talk with and how they do it. But Facebook also wants to be the place where everyone communicates with each other, and I can't see how you can want to replace email and the phones but still control what people say. Knowing that a post could get you kicked off the platform, users will curate what they post themselves. (side rant: Facebook isn't a good place to have a conversation any way). Even with their content rules, they still have a massive problem with misinformation, racism and harassment.

The fourth issue is a result of the first 3, Facebook wants users to stay on Facebook and only interact with content posted there. The stronger a user reacts to content, the stronger the content presented to the user becomes. During the BLM protests, the only posts I saw on my feed were posts about BLM. Users on my Friends List were also posting about other things, but these posts didn't get responses so they did not appear in the Feed. Since the only content getting user interaction was about BLM, then the only items in the feed were about BLM, so the only user content getting reposes were about BLM, and on and on and on. It really looked like that was the only thing going on in their lives. A friend went to the hospital with COVID-19 and no one knew because Facebook didn't place that post in the Feed. The Feed does not tell the user what is going on, it only tells the user what is currently driving user interactions on Facebook.

Facebook fails as a social platform because it does not allow users to be themselves. Users can't control how they are presented. Users can't customize their Profile to suit their personality. Users can't really talk openly on Facebook. And users can't even interact with each other in normal ways. Facebook so badly wanted to be the first and only site you visit that Facebook is bad at social networking. Facebook fails to solve the one problem it set out to fix: having 1 place for your online identity. 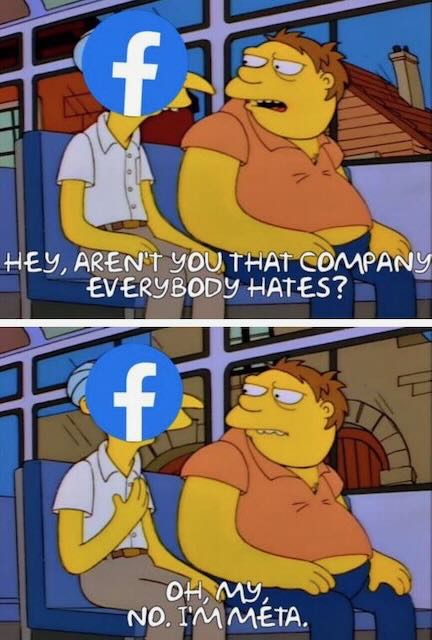